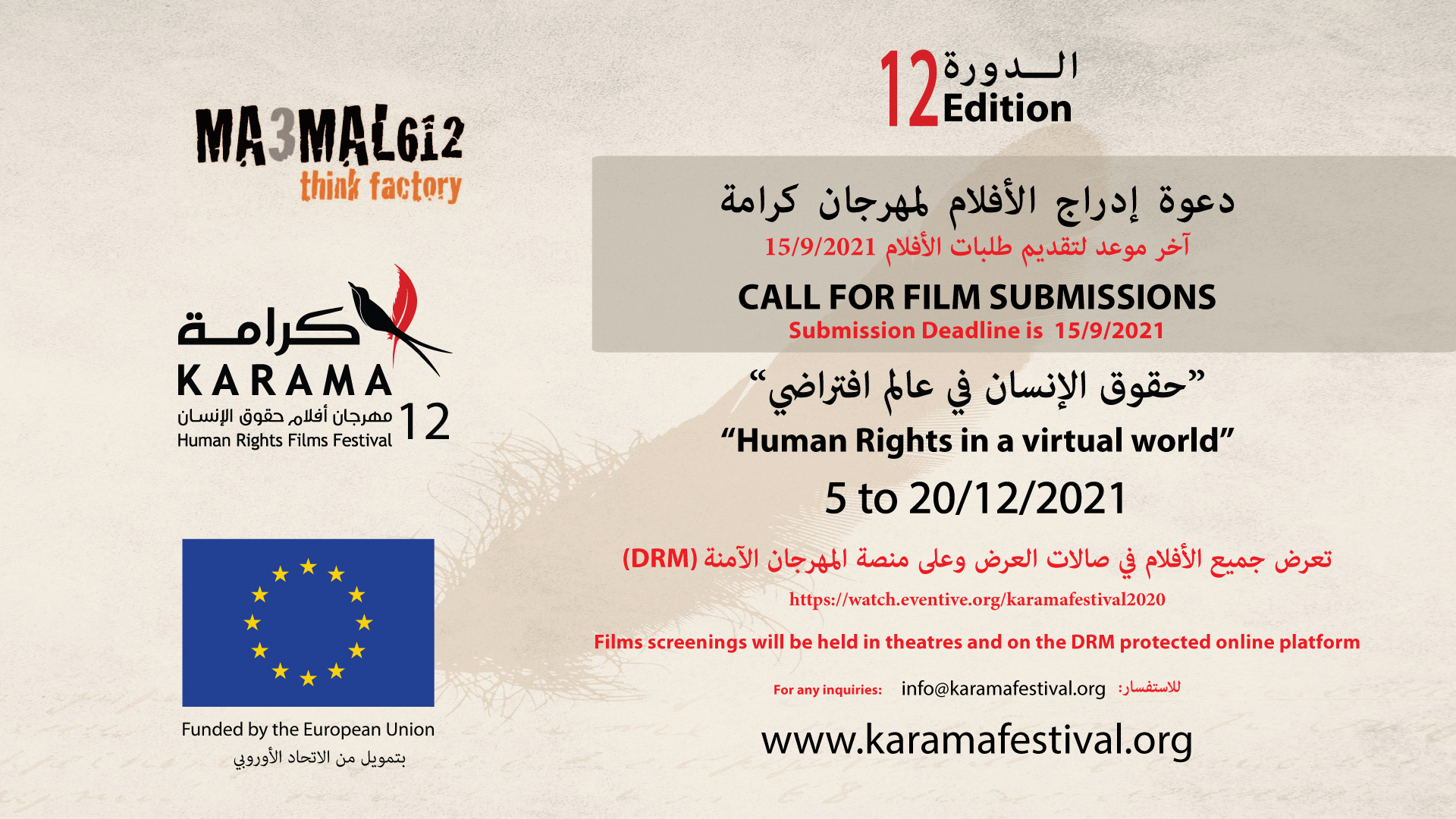 Please read these guidelines and regulations in their entirety.

Karama Human Rights Film Festival organized by M3mal612-Think Factory announces the launching of its 12TH edition’s main events for this year 2021 from 5 - 20 December.

Karama HRFF theme for the upcoming 12th edition is Human Rights in a Virtual World. Through films, we aim to examine the changes forced on human rights values and laws by events that impacted the whole world, like the ongoing Covid-19 pandemic. We all are aware of how this pandemic forced new procedures and structures. It also revealed a new high level of inequalities and a dismissive attitude toward our freedoms of speech and participation in the decision-making process.

We are currently accepting entries for films of the following genres: short fiction, feature fiction, documentary, animation; Films should be produced after January 2018. Submissions’ regular deadline is the 15th of September 2021. Late deadline is 15th of October 2021.

You can also submit your film via www.clickforfestivals.com