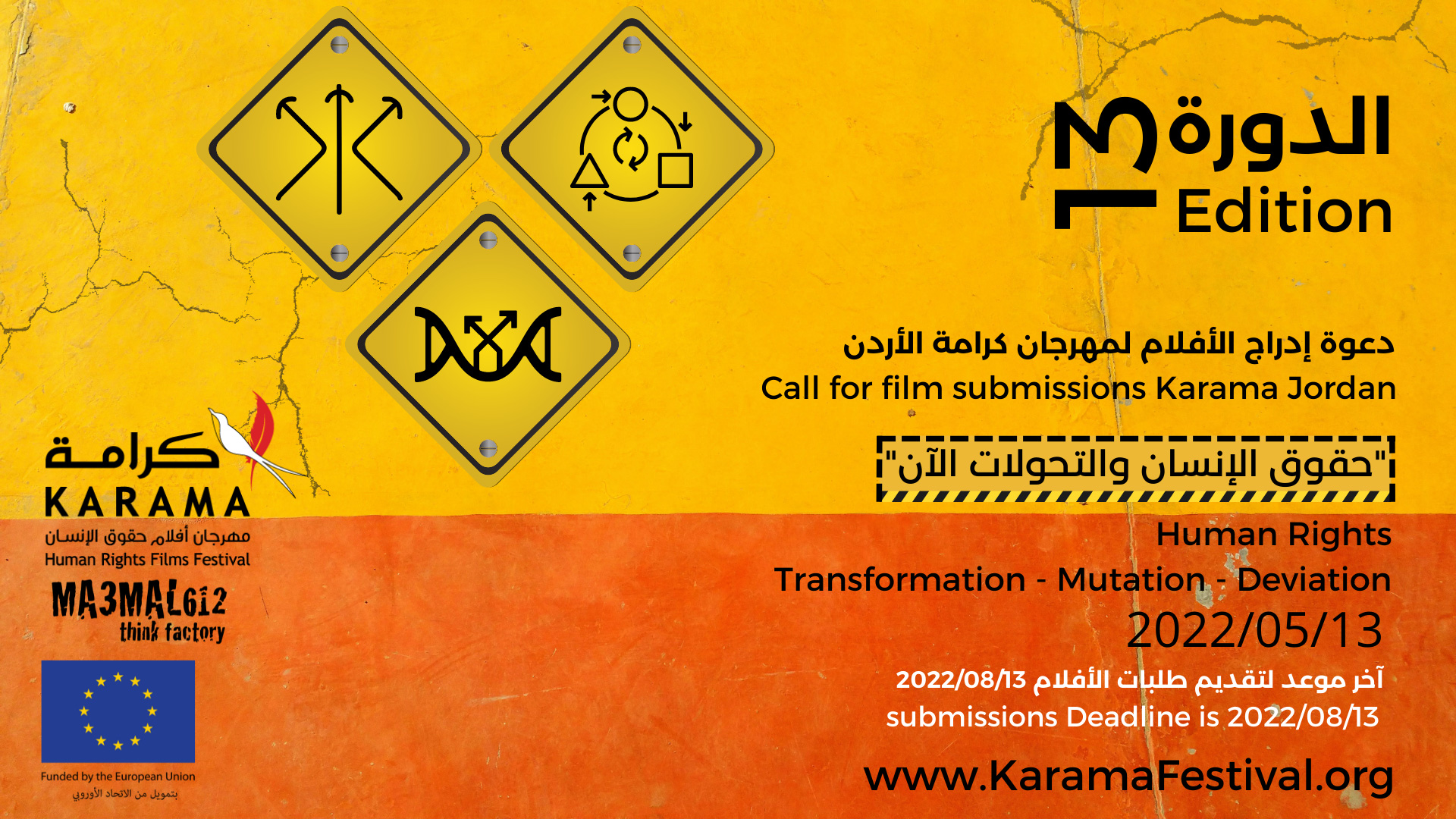 Karama Human Rights Film Festival - organized by Ma3mal 612 Think Factory - announces the launch of its activities for the year 2022. The 13th Edition will be from 3 to 13 December 2022.

The theme of this Edition comes under the title "Human Rights and Transformations", with the aim of examining human rights’ priorities and changes in the world, in the post-pandemic era - the economic and political transformations, deviations and mutations.

We are currently accepting entries for films of the following genres: short fiction, feature fiction, documentary, animation; Films should be produced after January 2019. Submissions’ deadline is 13 August 2022.